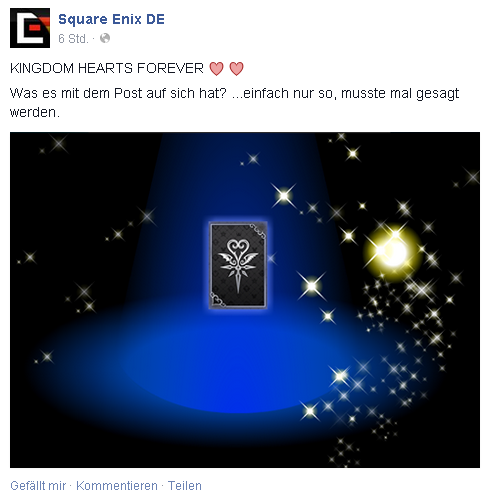 ​
For anyone following the currently Japanese exclusive free-to-play game Kingdom Hearts X[chi], the above image will look familiar, as it's taken straight from the game. What's more curious is the caption they added, which roughly translates to "What is going on with the post? Just so, this had to be said." Is this a sign that X[chi] may finally be released internationally?

Source: Square-Enix Germany Facebook Page
Keep Reading...
Categories:
Nomura Hints at a Kingdom Hearts Smartphone Game
Posted by T'Challa : Apr 14, 2015 at 12:07 PM ( 2 , 1,076 )
While discussing the upcoming Dissidia Final Fantasy reboot with Famitsu, the Kingdom hearts series director, Tetsuya Nomura, was asked about the upcoming Kingdom Hearts event at D23, and he had the following to say:

Regarding Kingdom Hearts at the D23 Expo Japan in November

“We have some interesting things planned. There will be Kingdom Hearts III news, and various things, I think. Development on Kingdom Hearts III is going smoothly, but there will also be new announcements connected to it. As one of those new announcements, I think we should be able to announce a smartphone-specific development for the series in short order.”
Click to expand...

Whether or not this has anything to do with a cancelled smartphone game Disney was developing is unknown. Perhaps a possible localization of X[chi]?

Source: Gematsu
Keep Reading...
Categories:
Kingdom Hearts X [chi] Closed Beta Test (CBT) Experience
Posted by Krowley : Mar 22, 2013 at 8:00 PM ( 21 , 3,379 )
Since the CBT for the browser game began today, I thought I would take a few screenshots and give a brief run-through of the Beta test experience.

Starting from the tutorial, players are given limited customization options, but this is expected for the closed beta. As per usual in Kingdom Hearts games, small hint tutorials are given to help move the player along. If you don't speak Japanese, it still won't help. :/ 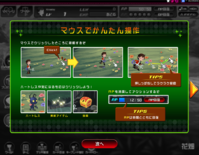 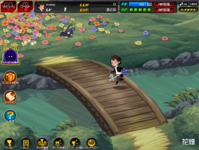 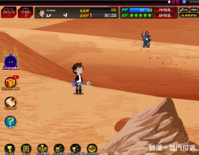 ​
​
​
The gameplay is pretty simple. Once you deck is constructed, it's "Click and attack" from there. With each level up, Missions are granted that give rewards once completed. To gather materials, open chests and fight heartless, AP is used. Once all 50 points are depleted, it can only be fully replenished by leveling, using potions, or waiting for it to refill over time (Usually 5 minutes to restore 1 AP this way...)​
​ 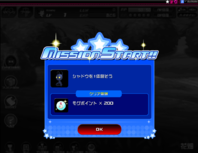 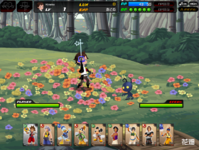 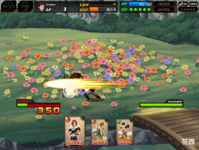 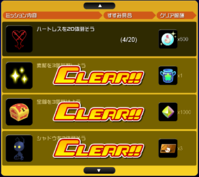 ​
​
​
Players' decks are made from Attack and Assist Cards. Attack cards act as your means of both attack and defense, while Assist cards increase your HP. Constructing your deck is based around 3 types of attack cards with the following icons; Sword, Wing, and Orb. Each acting as a physical attack, Air based attack, and Magical attack respectively. These cards have a cost and while we would all like to equip the strongest cards, the overall cost of each card limits you.​
​
In the deck construction menu, players are able to equip, meld cards to increase the strength of other cards, or sell them. When certain materials are gained, you can even upgrade your keyblade to increase your attack strength!​
​

​
​
​
Here are just a few of the cards the CBT has to offer through Treasure Chests and battle rewards;​
​ 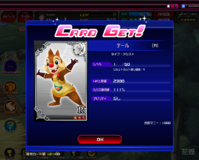 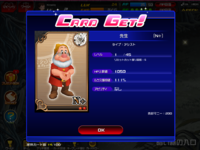 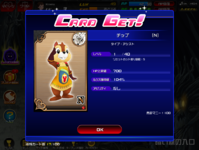 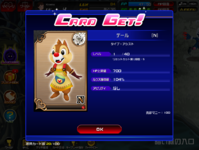 ​
​
​
Some of the rewards you get from missions include Moogle points and coupons. Both can be used to exchange for more rare or stronger cards. Some are fairly common, but they can always be used as melding materials.​
​

​
​
​
Another cool aspect, is the "Encounters" that occur every 15 minutes or so. These are like the raid boss battles of the game. If you die during your first encounter, use BP to continue fighting on! (Can be replenished through Ethers or over time) So far only Darkside can be fought, and his power varies per encounter. He is very powerful and can be notched down by other members on your team. (I was randomly placed in one since I started) Teams compete with one another to see who has the most "Lux." The victors gain prizes such as Moogle Coupons.​
​ 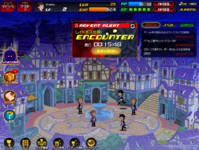 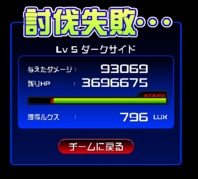 ​
​
​
The Keyblade that players used is Called Starlight.​ 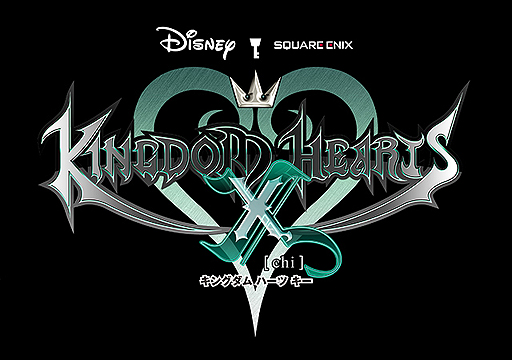 The official site for the upcoming site has indeed been launched. And only a day before Kingdom Hearts 1.5 HD ReMix's release to boot! So anyways, 4Gamer has released an article on the subject with a few viewable screenshots as well as some info concerning the game's Closed Beta Test. (Or "CBT") A translation of the article will hopefully be available soon. 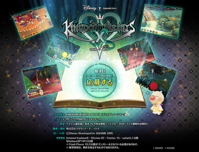 ​
Found on the Japanese Square Enix Blog as well as on the 1.5 HD Remix Site, the tentative "Kingdom Hearts for PC Browsers" title has now been renamed as KINGDOM HEARTS χ [chi]
Kingdom Hearts x [chi] (Or Kingdom Hearts Key as it is pronounced) has been given a new logo as seen above. Famitsu.com has also updated with an article depicting the information and giving High Quality renders of the Logo and 2 Pre-bonus cards of Sora and Riku that can be seen below. These Pre-order cards contain exclusive codes for the PC game and can only be gained by Pre-rdering the HD 1.5 ReMix from the E-Store.


Credit to Roxam for the news update.​
​
Past message from the KINGDOM said:

"It is the world of a distant fairy-tale.​
The world is full of light.​
Various worlds are born in that light and so the light envelopes them.​
From the source of Kingdom Hearts' light, there is a X-blade that is protected.​
To that limit, the worlds believed in the eternal light.​
However, a strong light creates a dark shadow.​
From that darkness, anxiety and fear awakened their desire.​
With the darkness hidden within the depths of their hearts awakened, chaos began to spread across the worlds.​
In order to stop the spread of darkness, those who seek the light created a copy of the χ-blade, a Keyblade, and an adventure concerning the fate of the worlds began."​
​
Click to expand...

Cards like Sora and Riku can be used in battles. Munny is used to synthesize cards and draw points can be exchanged for cards. Potions restore your energy to do actions and ether recovers the necessary power you need to battle a boss.

Kingdom Hearts X[chi] will be a free to play game where you control an original character that travels to other Disney worlds. Virtual items will be sold as downloadable content. An interesting tidbit is Kingdom Hearts X[chi] is developed by Success Corporation, the company behind Operation Darkness, Metal Saga, and Tokyo Beat Down.
Click to expand...