Viewing only articles tagged with "Top 5".

​
Hey all! It's that time again~ Incredible submissions this week! Sorry this is a bit late. 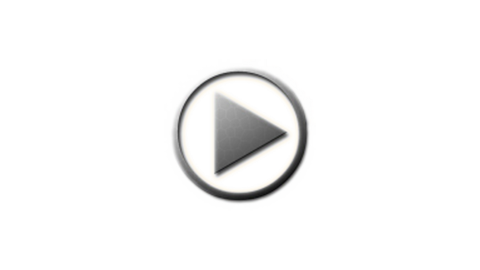 2. [KH] - That'll Never Be Me
Submitted by: FurySp4rk
Song: Otherside by Macklemore & Ryan Lewis
Details: Incredible editing! When I first saw what song you used I was a little skeptical to be honest; songs like this can be really difficult to work with considering the lyrics. But not only was it edited very seamlessly, you did a pretty good job working with the lyrics too. My only real complaint is that sometimes the contrast was low enough that it was hard to see, and it perhaps could have been adjusted more for certain clips.
Link: http://kh-vids.net/media/kh-thatll-never-be-me.501/

3. Fix You
Submitted by: sonicfan23
Song: Fix You by Coldplay
Details: Great atmosphere, good fit to the lyrics, and smooth editing make this a really nice watch. A few effects and transitions weren't my cup of tea (ex. I felt some of the flashes could have been softened) but overall excellent video!
Link: http://kh-vids.net/media/fix-you.504/

4. I Become Dull {Day by Day}
Submitted by: Ankoku
Song: Haru Haru by Big Bang
Details: Nice job on this! Solid editing. The text was a little hard to read though, and I felt as though some of the overlays were a bit murky; don't be afraid to experiment with the chroma key to get results that are sharp! Nice touch at the end with the flatline, this was a really cool watch.
Link: http://kh-vids.net/media/i-become-dull-day-by-day.500/

​
Welcome to another week of Top 5 (even if I am a couple days late). We had plenty of good entries and it was really hard to narrow it down to 5, much less rank them. And as an added bonus it was heartwarming to see all the community building with many collabs and tribute videos. So without further ado let me present our winners.

Submitted by: starlight2011studios
Song: Neverland by U-Kiss
Details: A very bright and energetic piece. There wasn't much of a story to it but there didn't need to be for this piece (even if you translate the lyrics, there isn't much to run with) My only real issue was that it was too much at points and I couldn't quite tell what was happening other than brightly colored objects flashing across the screen.
Link: http://www.kh-vids.net/media/ＮＥＶＥＲＬＡＮＤ; ᴅᴇᴅɪᴄᴀᴛᴇᴅ ᴛᴏ sᴏɴɪᴄғᴀɴ23.494

2. Safe and Sound
Submitted by: minicoop55
Song: Safe and Sound covered by Sam Tsui & Kurt Schneider
Details: This one had some nice consistant flow to it with effects that were noticeable without being overwhelming. There were some points that seemed to me like you were unsure of what you should be doing, but I am thankful that you gave it a swing anyway instead of making a short video.
Link: http://www.kh-vids.net/media/Safe and Sound.491

3. Kingdom Hearts, End of Me
Submitted by: Leblonk
Song: End of Me by Ashes Remain
Details: Very similar to video above, but with darker tone to match the different song. From a technical standpoint it would be nice if you applied some cropping so that there is a consistent aspect ratio throughout, but how the clips were used I don't imagine most people would notice or mind. The audio overlays were done very cleanly and served well to support the video's story, though in the future you may want to play with the volume a bit to make sure they don't get buried under the music.
Link: http://www.kh-vids.net/media/Kingdom Hearts, End of Me.488

5. sʜᴏᴏᴛɪɴɢ sᴛᴀʀs; ᴇᴠᴇʀʏᴛʜɪɴɢ ♥
Submitted by: starlight2011studios
Song 1: Airplanes / Brick By Boring Brick covered and remixed by Michael Henry & Justin Robinett
Song 2: Everything About You by One Direction
Details: A nice, upbeat, celebratory video quite fitting for the event it was made for. Though it did get to be too busy at various points, most notably for me was the blue particles in the first half. Perhaps if they were slower and/or more transparent it may have worked better, but when they came nearer to the camera the rapid motion provided more action than the song called for and masked the video behind it. Interestingly though the pink particles in the second half were done very well. And the use of still images durring the trasition was perfomed nicely as well.
Link: http://www.kh-vids.net/media/sʜᴏᴏᴛɪɴɢ sᴛᴀʀs; ᴇᴠᴇʀʏᴛʜɪɴɢ ♥.495

​
Hey guys! Yet another week has gone by, and that means it's time for another Top 5! Be sure to keep submitting those videos -- there weren't enough for a full five places this week, unfortunately (although the submissions were fantastic!). Don't forget to tag entries!
Also though, I'd like to clarify something in the rules that was a bit vague (my bad). I'll address that at the bottom of this post.

Submitted by: AppleTStudios
Music: Louder Than Words by Les Friction and Basalt by The Hit House
Details: Wow, this is an incredible mock-teaser! The cuts, text, and music all feel really authentic and the clips are well-chosen. I really enjoyed it.
Link: http://kh-vids.net/media/kingdom-hearts-iii-teaser-trailer.476/

2. Paradise
Submitted by: minicoop55
Song: Paradise by Coldplay
Details: This has a really awesome sense of atmosphere and the footage feels like it fits in with the lyrics very naturally. Great work with the effects, voice layovers, and especially the cuts & fades! There were some effects that I felt were a bit unnecessary but overall, very nicely constructed.
Link: http://kh-vids.net/media/paradise.481/


3. Alive (Dedicated to Starlight2011studios, PrincessKairixXx, and My Good Friend)
Submitted by: sonicfan23
Song: Alive by Arrow to Athens
Details: This is really sweet! Smoothly edited and fits the lyrics well. My only major critique is that some of the lip-syncing was somewhat off.
Link: http://kh-vids.net/media/alive-dedi...dios-princesskairixxx-and-my-good-friend.477/

4. Mt. Eden - The Walk [FULL MEP]
Submitted by: lillovedoctor [also featuring editing by Blackcat123pacifica, 1bzoe, & Jrock13Anime]
Song: The Walk by Mt. Eden/Imogen Heap
Details: Since this is an effort by multiple people, there's not much I can say specifically! A nicely done MEP, very cool.
Link: http://kh-vids.net/media/mt-eden-the-walk-full-mep.482/

And that's it for this week -- congrats! But that brings me to my next topic,

Obviously this doesn't apply to this week's results (the rules simply stated "must be related"), but I'd just like to clarify for anyone else looking to submit MEPs or projects with non-Kingdom Hearts footage. It's fine to submit MEPs/collabs with footage that isn't Kingdom Hearts/Final Fantasy/The World Ends With You, but please ensure that at least 50% of the footage is relevant to those in the future, or otherwise submit your part of the MEP for judging separately. Thanks!
Keep Reading...
Categories:
Top 5 Top 5: 13th-19th May
Posted by Ienzo : May 19, 2013 at 1:20 PM ( 0 , 941 )

​
Well hello! It's time for this weeks winners! A good variety this week, some top notch entries but this sadly isn't top 10 so I'm sorry that you're not all winners here. Anyway, enjoy these entries!

Also, this isn't necessary but when you add your videos to the portal, could you quote the song used as it just makes my job easier as I don't have to search it out xD

Submitted by: starlight2011studios
Song: Something beautiful by Needtobreathe
Details: I loved the inclusion of footage from the conferences as it wasn't just a tribute to the game but also to the franchise and that was a nice touch. I thought the song went brilliantly and it was beautifully pieced together. The quality of the clips made the real life footage fit in nicely as well so congratulations on that, good quality does pay off!
Link:http://kh-vids.net/media/ＫＩＮＧＤＯＭ-ＨＥＡＲＴＳ-Ｓｏｍｅｔｈｉｎｇ-Ｂｅａｕｔｉｆｕｌ.474/

2. I Wanna SCREAM 'Till the Word D R Y O U T
Submitted by: Ankoku
Song: Read all about it by Emeli Sande
Details: Although short, I loved this 30 seconds as it encompassed the relationship between Acel and Saix really well. Again, good quality clips and the song was just lovely, it fit together well and I thought the way you used effects was done to just the right level, not too much and not too little. I would like to see more of it if I'm honest.
Link: http://kh-vids.net/media/i-wanna-scream-till-the-word-d-r-y-o-u-t.457/

3. Summer again
Submitted by: minicoop55
Song: Summer again by The Afters
Details: I'm not normally one for slow songs but I enjoyed this piece, I thought it was filled with emotion and worked well. I just found it very satisfying to watch as it flowed well with the music. I did find the bit with the crescendoing drums and the flashing a little off putting (even though it fit very well!) but I suppose the main focus at that point was the voices (which were done brilliantly!)
Link: http://kh-vids.net/media/summer-again.458/

4. Ｉ Ｗｏｕｌｄｎｔ Ｍｉｎｄ
Submitted by: starlight2011studios
Song: I wouldn't mind by He is we
Details: A heart felt piece with a good use of effects and song, it all flowed together well and was a very good watch but some of the scenes did feel a bit blocky but that is the only negative thing I can really say! Good work.
Link: http://kh-vids.net/media/Ｉ-Ｗｏｕｌｄｎｔ-Ｍｉｎｄ.467/

5. I believe- Kingdom Hearts
Submitted by: cloud<3
Song: I believe by Nikki Yanofaky
Details: I thought this song was brilliant! I mean, in the context of kingdom hearts it summed up the idea of friendship really well and the clips you used also reflected this.
Link: http://kh-vids.net/media/i-believe-kingdom-hearts.465/

​
Hey guys! It's time for another batch of results for our weekly Top 5. Awesome videos this week; it was a difficult choice for the judges! Keep 'em coming!
Just a general note: Judging was a team effort this week (thank you Chevalier!), so we've not got a Details section & the individual placements on the list are a little loose.

This Week's Judge(s): Chevalier and Stardust

3. Kingdom Hearts: This is War
Submitted by: calxiyn
Song: This is War by 30 Seconds to Mars
Link: http://kh-vids.net/media/kingdom-hearts-this-is-war.444/

5. Here's To Us
Submitted by: Luxila
Song: Here's to Us by Victoria Justice
Link: http://kh-vids.net/media/heres-to-us.453/

​
Congratulations to all who placed this week!
Haven't placed yet? Don't give up! Your video certainly was not bad, and you may place in a future week.
Keep Reading...
Categories:
Page 2 of 5
XenPorta 2 PRO © Jason Axelrod from 8WAYRUN.COM