Kingdom Hearts Unchained χ launched on iOS and Android in the west on April 7, 2016. On April 5, I pitched an idea to the rest of the KHV staff: What if we set up official KHV parties within the game? And we set to work organizing said parties and even a weekly leaderboard to go with them, so we could have some friendly competition in the community. We launched the parties on the game's release day, and after a delay from our intended July launch, the first leaderboard went up on August 8, 2016.

Four years later, we're well into Union χ, and Dark Road is on the horizon. But with the continued declines in activity in both the KHV community and within the in-game parties, we've decided that it's time to retire the KHV parties and leaderboards. For those who still play the game (or who will in the future), a party recruitment thread will be created so you can still play with your friends from the community.

I'd like to thank, first of all, my fellow staff members who helped brainstorm and organize this whole thing. I'd also like to specifically thank everyone who helped out as a party leader (in alphabetical order): @Aelin, @Arch, @Calxiyn, @Cat~, @Explode, @Fearless, @Karuta, @Krowley, @LadyAzura, and @Scarred Nobody. And one more special thank you to @Plums for editing that lovely header image for the leaderboards. And lastly, thank you to everyone who played with us, no matter for how long, or for how much Lux you contributed. Thank you all for the fun times. We'll see each other at the Daybreak Town fountain plaza again!

May your heart be your guiding key! Aced did nothing wrong! Ursus forever!

To commemorate almost four years of the KHV leaderboards, here are some records I've compiled!

(The Lux records are probably right? I didn't check every single weekly leaderboard lol; at least with the week-to-week placements I had a spreadsheet I continually kept throughout the years.)

Keep Reading...
Categories:
Kingdom Hearts II Opening - Upscaled to 4k with Machine Learning
Posted by Explode : May 25, 2020 at 8:52 PM ( 0 , 1,166 )
Hey everyone,
I've been experimenting with some image upscalers, and was able to convert the KH2 opening sequence into 4k! Aside from doubling the resolution, it also adds clarity by smartly sharpening the image and decreasing video artifacts. It took a solid 15 hours for my computer to process all those frames, so I'm not sure if/when I'll do another of these. Software used was Gigapixel AI from Topaz Labs. 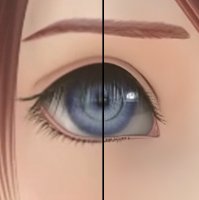 Once again we're all caught up. Check out our Cutscene Archive Main Page for all that the scenes that this crazy series has to offer. I'll be patiently/eagerly waiting alongside you to see what the future holds. Until then, may your heart yada yada.
Keep Reading...
Categories:
Site News Audio Archive - Kingdom Hearts III + Re Mind Soundtrack (Unofficial)
Posted by Explode : Jan 31, 2020 at 1:05 AM ( 1 , 1,674 ) 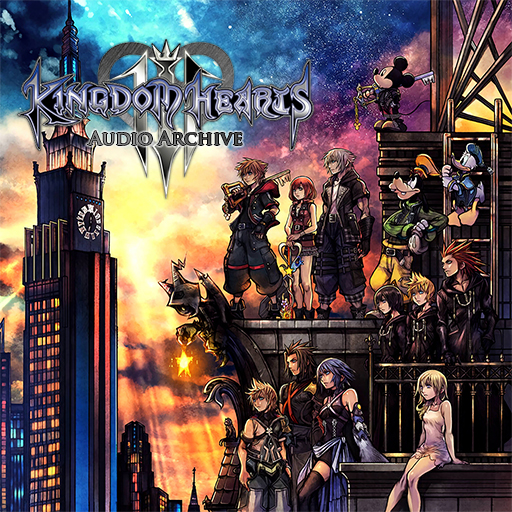 ​
Hey everyone! It’s been a long time since our last update, but I’m confident in saying this one is worth the wait. After months of work, I’m happy to announce the Kingdom Hearts III cutscenes - without subtitles and Kingdom Key only - are now online! I’ve put more work into these cutscenes than I probably should have, so let me explain what makes them special.

Unfortunately KH3’s cutscenes run somewhat poorly: they have random frame stutters on a pretty regular basis. To counteract this, I recorded nearly every scene multiple times and edited together the best shots, so everything should be smooth as butter.

On top of that, I went the extra mile and timed my gameplay recordings so that the music loops and continues properly through different scenes. So for example if there’s a cutaway scene in the middle of a boss battle, the music will pick up right where it left off in the scene before, rather than having an awkward cut. Timing it just right was pretty tricky (can’t tell you how long I splashed around in that damn pond with Rapunzel waiting for the music to loop, only for her to run away at the last second), but the result is quite nice.

Now that I’m done patting myself on the back, feel free to download the Kingdom Hearts III Cutscenes. And as always, check out our Cutscene Archive for HD scenes from the entire series.

We are leaving the previously-recorded subtitled KH3 cutscenes up for those who need them, but note that the subtitle-free version is the definitive version, and will be the only one receiving updates of future content.

That’s it for now, but when something new comes out I’ll Re:Mind ya!
Keep Reading...
Categories:
Page 1 of 17
XenPorta 2 PRO © Jason Axelrod from 8WAYRUN.COM