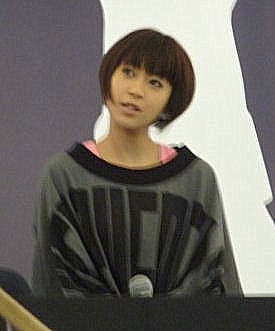 ​
To celebrate Utada Hikaru's new album scheduled for release in 2018, as well as doing a live tour across Japan in the same year (which she hasn't done since 2006), it has been announced that all of Utada Hikaru's songs from "Automatic" (released in 1998) to her 6th album, "Fantôme" (released in 2016), are now available in music subscription services in various major platforms (such as Apple Music). Spotify, however, will get the songs on January 8th. Included among the songs available are the two main 'Kingdom Hearts' themes, "Hikari/Simple & Clean" and "Passion/Sanctuary".

​
At long last, our cutscene archive is complete. We're finishing things off with the scenes from Kingdom Hearts Final Mix on PS4. I used the new "Theater Mode" that was added to 1.5+2.5 to smooth out a few audio transitions, but that aside, all audio/video was captured in-game.

Make sure to check out the "Extra + Alternate Scenes" file as well. There's tons of bonus content, like summon animations, secret bosses, miscellaneous short clips, and some rare alternate scenes that many of you have probably never seen before.

Oh! And while we're here, if you previously downloaded the cutscenes from Kingdom Hearts 0.2 Birth by Sleep - A fragmentary passage -, I suggest you re-download the two scenes "Forest of Thorns" and "Ending". I made some further edits to reduce the stuttering in those scenes.

And that's that. We eagerly await the release of KH3, but for now, do what you will with these vids. Big thanks to @libregkd for updating our Cutscene Archive as it continued to grow.

Peace!
Keep Reading...
Categories:
Kingdom Hearts Rocekrz Announced
Posted by T'Challa : Feb 15, 2017 at 3:32 PM ( 2 , 995 )
In addition to the Domez Figures, UCC Distributing has also announced a set of KH-themed Rocekrz coming soon! The set includes:
Here's an image showing how the set will look like: