'Kingdom Hearts: The Story So Far' PS4 Compilation Coming to the US
Posted by T'Challa : Oct 5, 2018 at 5:56 PM ( 0 , 622 )
In preparation for KH3's release in January, Square-Enix has announced a new compilation for the PS4 containing 'HD 1.5 + 2.5 ReMix' and 'HD 2.8 Final Chapter Prologue', titled 'Kingdom Hearts: The Story So Far', which is scheduled to be available October 30th, retailing at $39.99. The compilation currently is only scheduled for release in the U.S. Check out the announcement below:

​
Keep Reading...
Categories:
'Kingdom Hearts VR Experience' Announced + Trailer
Posted by T'Challa : Sep 10, 2018 at 7:48 PM ( 2 , 532 )
Drowned out by all the excitement over the new KH3 trailer, it has also been revealed that Kingdom Hearts: VR Experience will be arriving this winter for the Playstation VR for free! This immersive experience will allow fans to enjoy a 10 minute interactive video reliving memorable moments from the Kingdom Hearts series featuring the franchise's beautiful music. New content can be unlocked by playing through the experience. Check out the trailer below:

Keep Reading...
Categories:
'Kingdom Hearts' Song Used as Sample in New Eminem Song 'Good Guy'
Posted by T'Challa : Sep 1, 2018 at 10:37 AM ( 2 , 756 )
In an interview discussing rapper Eminem's new album Kamikaze, his producer, Illadaproducer, revealed something that caught many 'Kingdom Hearts' fans by surprise. It turns out that the song 'Good Day' contains a sample from a 'Kingdom Hearts' song. Check out the interview excerpt below:

​
Having listened to the song myself, I wasn't able to recognize which song was sampled, but if I had to make a guess, it was probably 'Passion'. 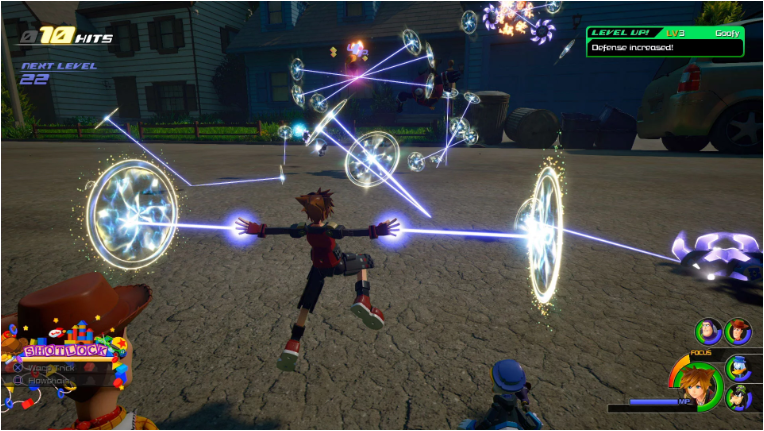 ​
Gameblog, a French video game website, recently posted an interview conducted with the Kingdom Hearts series director, Tetsuya Nomura, to discuss Kingdom Hearts III. While most of what's discussed has already been revealed, Nomura does reveal what his favorite world from the series is, and how that while KH3 is meant to be the end of the Xehanort saga, it isn't necessarily the the conclusion to the story of Sora and his friends. Check out the interview below:

More than sixteen years after his debut, the adventure of Sora and his friends is coming to an end. I was a young teen myself when the first game came out. How are you feeling after working for so long on this franchise and are you measuring the impact these games have on many fans around the world?

Nomura: First of all, this is not the end of the story of Sora and his friends. Only the conclusion of their confrontation against Xehanort, the end of the saga of the Dark Seeker started with the first game. Their story does not end with Kingdom Hearts III. What I remember is not so much the impact that these games had on the fans around the world, but the one that the players had on the series itself and that is the reason for its longevity. I am very grateful to them for allowing the series to last so long.

Nomura: Kingdom Hearts III is fully dubbed. On top of that, for the previous episodes, we adapted the lip movements so that they matched the doubled language, so we had to consider the additional production costs that would have resulted. Given the technological gap between the current generation of consoles and the one in which Kingdom Hearts I and II were produced, we had to proceed in a completely different way. The casting for each country, the recording of the voices, the different schedules, the entire dubbing process itself had to be done concomitantly for the English and Japanese dubbing. Just recording voices takes a lot of time, work, and budget, which means that the game could not have benefited from a worldwide release. We wanted it to be a priority for this game to be the first Kingdom Hearts to be released at the same time around the world.

You've said it many times already: Kingdom Hearts III is the most ambitious episode of the franchise so far. In previous gameplay trailers, we have seen worlds such as Mount Olympus and Corona of Rapunzel have larger areas to explore than in previous games. Can you tell us how Kingdom Hearts III encourages the player to discover every bit of these worlds?

Nomura: With Kingdom Hearts 3D Dream Drop Distance at first and now Kingdom Hearts III, we have been striving to make the action more dynamic than ever before. As a result, I felt that providing more verticality in exploration - rather than horizontality - would be more appropriate for the worlds traversed. There are many places you can reach and from which you can jump freely, and I do not think that players will resist a long time to try it. There are also many items to collect, which will push players to browse in every corner.

With the worlds of Toy Story and Monsters Inc., and the recent announcement of a mini-game dedicated to Ratatouille, Pixar movies are finally at the party in Kingdom Hearts. How did you create these worlds, especially in your conversations with Pixar's creative teams?

Nomura: While we were still in negotiations, I myself visited Pixar's premises a number of times. We then exchanged and shared our creative visions around the project. After that, we first focused on the plot of the world of Toy Story and, after that, it took a long time to reach an agreement. In the meantime, the teams involved in the project strengthened, and after all this time working together for the same goal, we naturally came to an agreement.

Of all the worlds from the series, which one is your favorite?

Nomura: My favorite world comes from Kingdom Hearts III, and as we have not shown it yet, I can not reveal too much! What I can tell you though is that this is the world in which the game's last clash is taking place, and I'm really looking forward to fans discovering and playing it.

During the last game presentation, we saw several new gameplay elements, such as Attraction Flow or the ability to change Keyblade during combat. How did you make sure that all these gameplay possibilities fit together well to provide a fun and exhilarating experience?

Nomura: I think that one of the essential elements that make an interesting title is the fact of making it a playground. Without granting a certain freedom to the players, this is not possible, so we did to include as many choices as possible. Even if I had to recommend a particular approach, it is up to the players themselves to choose the one that suits them best and to feel free to experiment with the different possibilities of gameplay.
For each situation, all the ones that could be used were displayed in the command bar, but I wanted this to change, so that the same choices are not made each time. Now you can select more techniques than just the ones that appear in the command bar; these accumulate then and have a gauge of use limited in time. This aspect of the gameplay has become, during development, something that I really wanted to include.

In 2002, when the first Kingdom Hearts came out, the game was considered by many to be the meeting between the Final Fantasy franchise and the Disney worlds. Even if it's less obvious with the latest episodes, how does this apply to Kingdom Hearts III?

Nomura: It's been more than ten years, and the original and once-unknown characters of Kingdom Hearts now have their fans and have become popular themselves. In the time of the release of the first Kingdom Hearts, bringing together several Final Fantasy characters in a single game was something really new and unique. However, this is not the case anymore. If I had the opportunity to include Final Fantasy characters again and again in a Kingdom Hearts, I would be delighted to do so. But lately in the series, we also dwell on the history of the original characters and how it develops more by itself.

Indeed, Kingdom Hearts is a franchise that brings together a large number of memorable characters and is built around a complex plot developed through many games for sixteen years. How do you intend to satisfy both the newcomers and the fans present since the beginning of the trip?

Nomura: There are not many examples in the field of video games but I think of some sagas movies or TV series for which viewers can find interest without necessarily resume everything from the beginning. For those who have never been introduced to the series before, we have included various elements in Kingdom Hearts III to expose the ins and outs of history and allow newcomers to achieve the minimum level of understanding required, with the introduction at the beginning of the game of a series of videos that summarize the plot. Moreover, we will obviously gorge the game of content to satisfy the fans of the first hour! Kingdom Hearts III is truly a game suitable for both types of players. And for those who discover the saga with this episode, I would be delighted if it gave them the opportunity to take an interest in the series and also immerse themselves in the other episodes.
Click to expand...

Keep Reading...
Categories:
New Kingdom Hearts Halloween Costumes
Posted by T'Challa : Aug 3, 2018 at 11:48 PM ( 0 , 439 )
With Halloween about 3 months away, stores seem to be starting to unveil new lines of costumes for this year's Halloween. Some of those costumes happen to be Kingdom Hearts-themed! Spirit Halloween has a King Mickey Organization XIII outfit (in both children and adult sizes), an adult-sized Kingdom Hearts II Riku outfit (wig included, but pants and shoes sold separately), and a children-sized Kingdom Hearts II Sora outfit (Keyblade sold separately). In addition to the outfits, Spirit Halloween and Spencers are both selling props, with the Oblivion Keyblade sold exclusively at Spencers, while Mickey's Kingdom Key D and Pumpkinhead are sold at both stores. The props and children's outfits are sold for $39.99, while the adult outfits sell for $49.99. Check out images, as well as links to purchase all this merchandise, below: 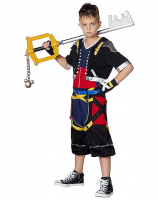 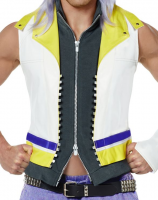 ​
Thanks to @Heart ❤ for letting me know.
Keep Reading...
Categories:
Page 6 of 43
XenPorta 2 PRO © Jason Axelrod from 8WAYRUN.COM