'Kingdom Hearts: Dark Road' Official Website Goes Live
Posted by T'Challa : Jun 14, 2020 at 10:05 PM ( 2 , 870 )
It appears that the official website of the upcoming mobile game, 'Kingdom Hearts: Dark Road', has gone live, providing us with additional screenshots of the game and preliminary information on the game. The screenshots included (which you can check out below) give us an additional look at the game's main characters (including their Gandalf-esque master), as well as more gameplay screenshots and in-game models of Xehanort and Eraqus: 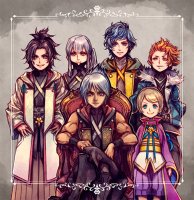 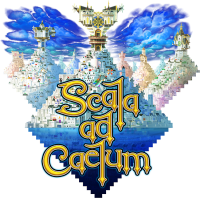 ​
Besides screenshots, the website also contains the following information in regards to what the game is about, and in regards to the game's main setting, Scala ad Caelum:

KINGDOM HEARTS DARK ROAD can be played easily with taps and swipes on your smart phone and is stress free with no complicated leveling or evolving! Level up through Auto Mode or enjoy strategic battles with bosses. Why did Master Xehanort, a major figure in the KINGDOM HEARTS series, become the seeker of darkness? That very mystery paints the story of his youth as he studies to become a Keyblade Wielder.
A world lined with grand structures cascading down peaks like stairs. Keyblade Wielders and the youth who aim to become such gather here, earning it the name “City of Keyblade Wielders.”
EDIT: It appears the site is inaccessible now, and seemingly went live by accident last night.
Keep Reading...
Categories:
New 'Kingdom Hearts: Dark Road' Screenshots Released
Posted by T'Challa : Jun 10, 2020 at 11:45 PM ( 0 , 637 )
As teased two days ago, more information from the upcoming mobile game, 'Kingdom Hearts: Dark Road', has been revealed in the game's Twitter account. This time, the new information comes in the form of new screenshots, giving us a glimpse of the gameplay, as well as a look into the four new characters, and Ansem Seeker of Darkness! Check out the screenshots below:

​
Some sad news to report out of Japan today. Earlier today, it's been announceed that Keiji Fujiwara, known to Kingdom Hearts fans as the Japanese VA playing the role of Axel/Lea, has sadly passed away as he battled cancer. While Kingdom Hearts fans will always remember him as the Japanese voice of Axel/Lea, Keiji Fujiwara was also known for various anime roles, as well as the voice of Reno in Final Fantasy VII, and was even the official Japanese voice of the popular Marvel character Tony Stark/Iron Man. 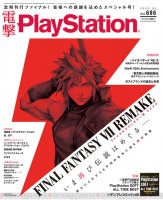 Keep Reading...
Categories:
Kingdom Hearts HD 1.5 + 2.5 & 2.8 FCP Now Available on Xbox One + KH3 Available on Xbox Gamepass
Posted by T'Challa : Feb 18, 2020 at 10:17 PM ( 0 , 736 )
​
Today is a great day for Xbox Kingdom Hearts fans, because for the first time, all non-Mobile KH entries can be experienced on the Xbox One, as all HD collections (1.5, 2.5, and 2.8) are now available to be purchased digitally on the Xbox One! In addition to that, it has been confirmed that 'Kingdom Hearts III' will be available on the Xbox Gamepass starting February 25th.
Keep Reading...
Categories:
Page 4 of 45
XenPorta 2 PRO © Jason Axelrod from 8WAYRUN.COM