​
With TGS 2019 fast approaching, Square-Enix has announced that a new trailer for this winter's 'Kingdom Hearts III Re:MIND' DLC will be released next week on September 9th! Specifically, the trailer will be available at 11:00 am EST / 8:00 am PST. We'll be sure to post the trailer the moment it becomes available. 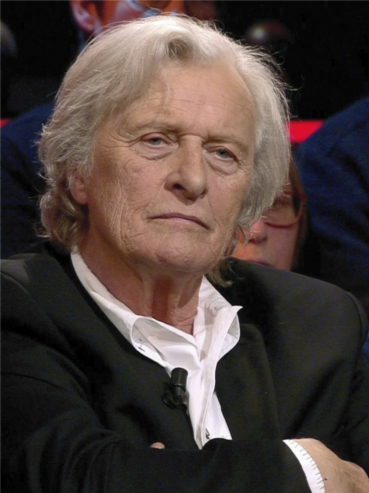 ​
It is with great sadness we have to report that Rutger Hauer, who played the role of Master Xehanort in 'Kingdom Hearts III', has sadly passed away this past Friday in his home in the Netherlands after contracting a brief illness, with his funeral taking place today. Rutger Hauer was an acclaimed Dutch actor known for his roles in Blade Runner, Sin City, Batman Begins, and many other films. By taking up the mantle of being the English voice of Master Xehanort, Rutger Hauer had the near impossible task of trying to live up to the late Leonard Nimoy's legacy of voicing the main villain of the Dark Seeker Saga. Thankfully, he ended up giving a tremendous performance that did justice to the character of Master Xehanort in the villain's swan song.

​
In a recent interview with Famitsu, KH series director, Tetsuya Nomura, revealed a few details regarding the upcoming 'Kingdom Hearts III Re:Mind' DLC scheduled to be released this winter. A fully translated interview can be read below (courtesy of KHInsider):

KINGDOM HEARTS III Re:MIND, which was announced prior to SQUARE ENIX LIVE E3 2019, received great responses. What is the meaning behind this title?

Nomura: I often receive notifications from the PR staff that say "reminder". It means "reconfirm", but it also means I am being reminded to respond to them (laughs). The meaning of what I just mentioned and the double-meaning are the same. It means "remind", "reconfirmation", "reclaim the heart*", and so forth.

(*Note: 心 means "heart" and also "mind", and 再生 can mean "regeneration", so 心の再生 can also mean "regeneration" or "rebirth" of the "mind". Also, "Reclaim Your Heart" is a phrase used on the back of the box for Verum Rex in Toy Box)

In the logo, between "Re" and "MIND" there is an unfamiliar mark.

Nomura: I think the meaning changes whether you connect or disconnect between them. In the past I have often used "Re", but I wanted to cut the background with a more meaningful symbol, and when I decided to convey something with one symbol, I thought that the musical symbols "vide*" and "coda*" were appropriate. Based on those meanings, I hope you all will think about it in various ways.

(Note: "vide" denotes a skipped part of a musical piece, and "coda" is a concluding musical section that is distinct from the main piece. A coda is typically represented as a circle with two intersecting lines. It also means “something that serves to round out, conclude, or summarize”)

Riku, Aqua and Roxas being playable was a nice surprise. Are those scenes from the "Limit Cut [Episode]" where you can fight against the most powerful enemies?

Nomura: Actually, they're not. This video mainly consists of elements included in the additional scenario, rather than Limit Cut itself. Sora's Oathkeeper Keyblade and the new form shown at the end of the video are free DLC and will be simultaneously released with the paid DLC.

Oh, so the additional scenario is where they're playable?

Nomura: Similar to how you'd play as Riku and Aqua in the main story, there will be stages in the additional scenario where you can select which character you'd like to use.

They seem to resemble battles that took place near the end of the main story...

Nomura: Yes, they certainly do (laughs). The additional scenarios are independent, so you will be able to enjoy this content after clearing the main story.

Then the scenes with the Master of Masters and Young Xehanort, as well as that of Luxord and Xigbar, must also be from the additional scenario.

Nomura: That's right. The conversation between Luxord and Xigbar will take place at the beginning of the additional scenario. We're referring to it as an "additional scenario" because there are quite a lot of cutscenes. The scenario was rewritten twice and it grew substantially by the final draft. The sheer volume exceeded our expectations.

Nomura: I can't disclose much about the Limit Cut bosses, but we're aiming for the same number as last time (KH2 Final Mix).

Nomura: Definitely more than expected. Besides the additional scenario and Limit Cut Episode with bosses, the Secret Episode has a boss as well, so the volume of DLC should be sufficient.

The release is slated for this winter, but will it be by the end of this year or during the next?

Nomura: I can't say for sure since we need to resubmit it to CERO for rating, but I'd like to release it as soon as possible to avoid FF7 Remake.
Click to expand...

Keep Reading...
Categories:
Kingdom Hearts III Re:Mind DLC Trailer Released
Posted by Explode : Jun 9, 2019 at 3:21 AM ( 3 , 902 )
The official Kingdom Hearts YouTube channel released the KH3 Re:Mind DLC trailer shown at KINGDOM HEARTS Orchestra -World of Tres- in LA. Judging by the title, this is probably what will be shown at Square Enix's E3 press conference on Monday. You can view the trailer below:

Keep Reading...
Categories:
Additional KH3 DLC Info Revealed
Posted by T'Challa : Jun 9, 2019 at 1:56 AM ( 0 , 557 )
During the Los Angeles performance of KINGDOM HEARTS Orchestra -World of Tres-, series director Tetsuya Nomura made a surprise appearance, revealing a trailer (which, for the time being, is exclusive to the event) for the upcoming DLC of 'Kingdom Hearts III, while also revealing the DLC should be released this winter! Check out details of Nomura's reveals from Twitter user churroz: