​
Hey everyone, the next batch of Kingdom Hearts III cutscenes in 4K FPS are out now! This one covers all worlds from Monstropolis to Land of Departure.

To recap what makes these videos special, they feature:

You can download everything here:
Kingdom Hearts III Cutscenes (4K)(60FPS)

Alternatively, you can watch the cutscenes online using this YouTube Playlist, mind you the quality is not quite as good, and doesn't have dual audio functionality.

You'll definitely need a beefy hard drive to fit these, as this set alone is nearly 40 GB, and KH3 as a whole will probably be around 130 GB once it's done! As you can imagine though, the quality is stunning; it looks nearly identical to playing the game in real-time on a high-end PC. I understand this isn't feasible for everyone, so we'll be uploading them to a YouTube Playlist as well. The quality won't be quite as good, but for those who want the next-best thing, it's there.

Going with our recent trend, these scenes have 2 audio tracks, one with background music and one without. And thanks to the USMToolkit made by Rikux3, even most pre-rendered scenes can have their music turned off. Those pre-rendered scenes have a few caveats on the music-less tracks: it uses mono audio, so no panning effects, and a lot of sound effects are missing due to how the 5.1 surround was divided up. But dialog is all good: think of it as a cool bonus ;)

You can download them here:
Kingdom Hearts III Cutscenes (4K)(60FPS)

This set goes from the start of the game to Kingdom of Corona. I'm doing it in parts because of how much space the raw capture files take up. If I did everything in one go it would fill up my hard drive haha, so I'm moving them to an external drive every now and then. Plus I figured it's better to give people access as soon as possible, what with how long this takes. Hopefully the next part will come out a bit faster.


​
As the above video shows:

Keep Reading...
Categories:
Kingdom Hearts Series Coming to PC!
Posted by Explode : Feb 11, 2021 at 5:04 PM ( 2 , 2,446 )
Out of nowhere, the Epic Games Store announced that the entire Kingdom Hearts series will be coming to PC on March 30, 2021. This appears to be, at least for now, an exclusive deal to EGS. All games are at their original, full retail price, although Kingdom Hearts III comes with ReMind included at no additional cost. KH3 on PC is also getting its own exclusive Keyblade (re-skin), Elemental Encoder. It's unclear if this is a monochrome Keyblade, or they just haven't revealed the color scheme yet. 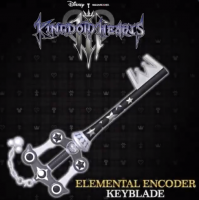 ​
In addition to introducing the KH series to a whole new market, this will also open up a lot of possibilities for the modding community.

Do you plan on picking any of these up on PC when they arrive next month?
Keep Reading...
Categories:
Page 1 of 46
XenPorta 2 PRO © Jason Axelrod from 8WAYRUN.COM