​
Square-Enix has released an update for 'Kingdom Hearts 0.2: Birth by Sleep -A Fragmentary Passage-', fixing a number of gameplay issues to offer a smoother experience with the game. The full list of changes include:

Controls
UI
System
Enemies
Source: Gematsu
Keep Reading...
Categories:
PSA: Kingdom Hearts 2.8 Themes Meant to be Free Are Somehow Priced
Posted by T'Challa : Jan 24, 2017 at 10:46 PM ( 2 , 671 )
It has been brought to our attention by @Hayabusa that after unlocking one of three themes that are supposed to be free in the just released 'Kingdom Hearts 2.8 HD Final Chapter Prologue', you will be charged $2.99 to download the theme rather than being able to download it for free:

Other players are reporting that they are unable to access the themes at all in some regions, while many others are able to download it for free without any issues outside of North America.
Click to expand...

Most likely, this appears to be an error that'll hopefully be resolved soon. In the meantime, we'll be waiting for a response from Square-Enix.

EDIT: A GameFaqs user appears to have contacted Square-Enix regarding this issue, stating the following:

I got a reply from SE support.

We apologize for the delay in our response. The team looked into this issue and found that the game is working as intended. We do apologize, but as there does not appear to be any issues with the game itself, we are unable to provide any further assistance.

Please note, completing KINGDOM HEARTS HD 2.8: Final Chapter Prologue will only unlock the ability to purchase the PlayStation themes, it is not a reward that is received for free for beating the game. We do apologize for the confusion.

Suggestions from our customers are always valued. While we cannot guarantee implementation we will surely pass this on to the developers. We thank you for contacting us, and we hope you continue to enjoy playing KINGDOM HEARTS HD 2.8: Final Chapter Prologue, and best of luck in battle!

Thank you for contacting the SQUARE ENIX Support Center. "

I replied back asking why the themes are free in PAL and Japan, but cost money for the US, no reply yet.
Click to expand...

EDIT 2: The same user, domnu, also posted a screenshot of the email.

​
We'll let you know if we hear anything else about this story. Thanks to @Hayabusa for letting us know!

According to Churro, a long time figure in the KH community, it seems like the themes are now free. As soon as we hear anything else (or if anyone in NA wants to give us a screenshot of this), we'll update this story more!
Keep Reading...
Categories:
Official Kingdom Hearts Website Gets Massive Update
Posted by T'Challa : Jan 24, 2017 at 11:33 AM ( 2 , 637 )
The official Kingdom Hearts website has just received a massive update, such as dividing the series into four games (Unchained χ[chi], HD 1.5 + 2.5 Remix, HD 2.8 Final Chapter Prologue, and of course KH3), new character summaries, worlds being listed with the movie they are based off of, as well as the addition of images and past trailers. Interesting things to note in the updated website include the following timeline:

​
Also, the area usually referred to as the Dark Margin now appears to have an official name: 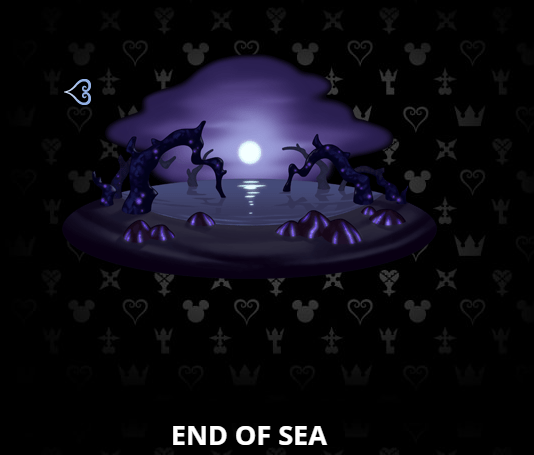 ​
Keep Reading...
Categories:
Community KH-Vids Livestreaming Kingdom Hearts HD 2.8: Final Chapter Prologue!
Posted by Plums : Jan 21, 2017 at 9:17 PM ( 1 , 760 )
Hey everyone! If you've been following our social media outlets, you know we teased an announcement that would come today. After some of discussion and prep work over the last two weeks, I'm happy to announce that the KH-Vids staff will be livestreaming Kingdom Hearts HD 2.8: Final Chapter Prologue next weekend on January 28th and January 29th!

We figured it would be a good way to allow everyone in the community, both ours and the broader KH community, to get together and experience the newest installment in the series, whether you're planning to get it now or later on down the line.

On both Saturday and Sunday, we will be streaming the entirety of both Kingdom Hearts X: Back Cover and Kingdom Hearts: Birth by Sleep 0.2 -A Fragmentary Passage-.

We'll be streaming all of this on our Twitch channel, which you can follow by clicking the following link: KH-Vids Twitch Channel.

We're still ironing out a couple things in our collective schedules, so I can't announce the times just yet, but you can stay tuned for an announcement of when the streams will be held in the upcoming week. I'm really excitedfor this, and I hope you guys will join in! 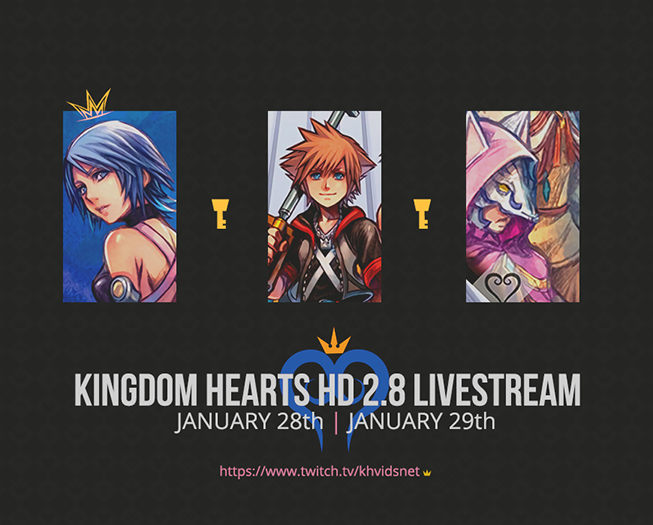